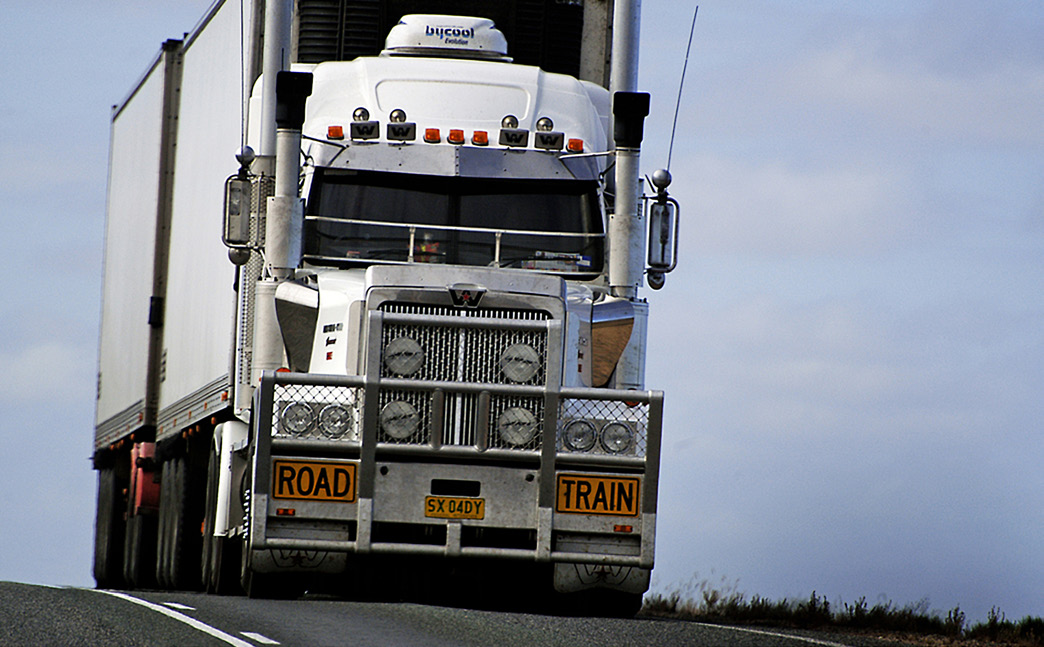 South Australia has an extensive road transport network, specifically for restricted access vehicles (e.g. road trains). However, there are issues relating to the movement of products that are resulting in inefficiencies, such as access restriction, key routes to regional areas and the shorter access restrictions known as ‘last mile’. The primary industries sector, including production and processing, has recognised these problems but has had little success in working to achieve solutions.

This project was initiated to find opportunities to improve the productivity and efficiency of road transport for the primary industries sector and to review the requirements for the movement of agricultural machinery on public roads.

It was recognised by Primary Producers SA (PPSA), Primary Industries and Regions SA (PIRSA) and the Department of Planning, Transport and Infrastructure (DPTI) that a partnership approach needed to be taken in planning a road transport system that meets the existing and the future needs of agriculture.

In particular, PPSA believed its members, as important users of regional and rural road freight services, should be

asked their views on how South Australia’s road transport could be made more effective and efficient.

It was proposed to undertake a Change@SA 90 day project to identify what the issues actually were, from the point of view of the industry rather than what Government thought were the issues.

The project aimed to:

The project aimed to deliver:

The identification of stakeholders was clear in that we wanted to involve any one person or business involved in the primary industries sector in South Australia, including the transport sector. This stakeholder engagement process included the identification of those people and organisations who have a clear interest in road transport issues and included the South Australia Police, the RAA, road transport associations and the transport council.

This engagement process involved a stakeholder meeting, where all groups were brought together to discuss the source of the project and the reason for the project as

well as the process and timeframes. It was important that this group understood and provided input into the project, giving the project ‘real’ industry value. We needed to engage with these people and groups for two reasons:

The wider industry was then approached, through a survey, for their input into what they saw as the key access and agricultural machinery issues. At the project’s completion, the initial stakeholder group was brought back together and the outcomes of the project were presented to them. In addition, a copy of the report was sent to those who undertook the survey and requested one.

At a basic level, the engagement process was designed to bring the stakeholders, including government, on a journey which resulted in the logical conclusion of the report and recommendations.

This project achieved what it set out to do: a prioritised list of access issues, a commitment to review the agricultural machinery code and a process for implementation.

The critical success in the level of engagement of this project was that Government approached this process as a listener rather than a teller. The whole premise was to understand what the issues were, but from the point of view of the people and organisations whose business profitability relied on an efficient primary industries sector. Industry saw that we (the project team) were willing to listen and to take on board what was raised, without dismissing any issues as being too far-fetched.

The stakeholders will continue to be involved in the implementation phase of the project, involving both Government and industry representation.

The key learning has been to, very early in the process, understand the expectations of the stakeholders. Remember that people want to be listened to and know they have been heard. Listening, building relationships and keeping people informed will enable a more successful engagement process.

Download a PDF of the A modern transport system for agriculture case study (PDF, 499KB).