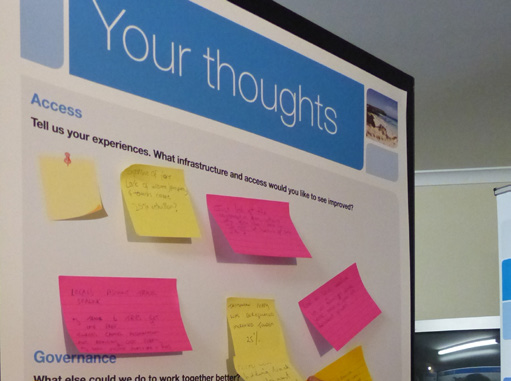 The engagement process was facilitated over two key stages – pre-draft and post-draft – with the latter also incorporating the statutory consultation requirements of the Development Act.

What did we learn?

Opportunities identified for improvement included development of the engagement plan earlier in the process; improved allocation of resources; and additional time to prepare and disseminate communication materials and to plan events.

Successful engagement of the community was important so that the three strategic planning processes were informed by local knowledge. Key elements of the project’s success in the area of engagement include:

The pre-draft engagement on the Playford Growth Project focused on building strong relationships with key stakeholders and landowners, understanding local

community issues and characteristics, and reviewing past engagement outcomes and issues raised.

The engagement plan developed at this stage involved a variety of engagement options including:

Were there any unexpected outcomes?

The goodwill created within the community from early engagement and building long-term relationships as a direct result of the successful engagement process.