In December 2018, the Environment Protection Authority (EPA) invited members of the local community to be involved in a

12-month dust study. This was in response to feedback from Hallett Cove residents that they were experiencing an increased level of dust, which was suspected to be generated from sources in the Lonsdale industrial precinct.

The aim of the study was to:

How did we do it?

In May 2019 the EPA established a community working group and held meetings with the community and the EPA air science team to determine the optimal locations for dust monitors.

A monitoring network was installed in private properties for 12 months and real-time air quality and meteorological data streamed live and linked to the EPA engage website.

Residents were encouraged to send in photographic and video evidence of dust coming from the Lonsdale industrial precinct through an online dust reporting tool launched on the Engage EPA website.

Community updates and postcards were sent out to approximately 750 residents to encourage people to actively participate.

In October 2020 the EPA and SA Health delivered the findings of the study to the community group. 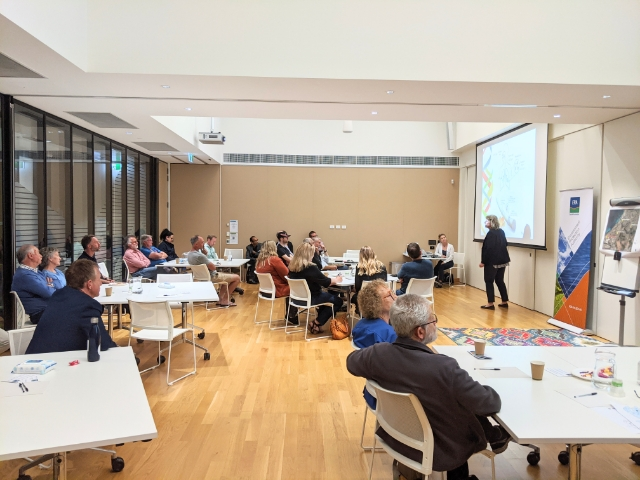 For the first time, the EPA was able to gather evidence about the directional source of dust impacting in the community of Hallett Cove. Also for the first time, an online dust reporting tool was used to collect evidence throughout the length to the study.

With new locally-based anemometers, the EPA was able to undertake weekly monitoring of meteorological conditions streaming from the locally based data This information was used to plan proactive site visits to capture evidence by Authorised Officers, who are able to take action for breaches of the Environment Protection Act 1993.

With the data collected, SA Health was able to determine whether the dust affecting the community was nuisance dust similar to that experienced elsewhere in Adelaide, or whether it was a risk to respiratory health based on its particulate size.

The level of community engagement during the 12-month study was significant:

The EPA has encouraged residents to continue to send in evidence of dust events and EPA Authorised officers will continue to make proactive and reactive site visits to the Lonsdale area. Regulatory actions will be followed up for all EPA licensed sites.

The partnership between the EPA and residents has enhanced the regulatory efforts in this area as well as the community’s understanding of the EPA’s role as an evidence-based regulator. Partnering with residents who have hosted dust monitors has helped the EPA to gain a better understanding of the issues at specific residential locations.

Residents who had been involved from the early stages of the study had a much better understanding of what to expect from the EPA and their expectations were easier to manage. In contrast, residents who got involved later had a lesser opportunity to understand the process and develop relationships with key staff.

Next time a different collaborative model will be used, where residents are invited to join a community panel that is then closed to new members for the duration of the study. Those wishing to join at a later stage will be provided with a full briefing of the project prior to participating.